It’s the last week of Ring Around the Rose. I’m a bit sad to see it coming to an end. I hope you’ve enjoyed reading this series as much as we’ve enjoyed writing them. As seems fitting, considering the subject matter of Five Enchanted Roses, and the fact that our collection of retellings releases in just over two weeks… today’s final questions are all about about Beauty and the Beast.

There are really a lot of themes in the various Beauty and the Beast stories. The common thread through every retelling is that true beauty is found within, or “don’t judge a book by its cover.” There are definitely elements of that in my own story, Stone Curse, though I flipped it around a bit and turned it on its head. I don’t want to say more because I really don’t want to give away spoilers.

Kaycee tackled the theme of being different and how it relates to her own Esprit de la Rose… I cannot even begin to express to you how much I am looking forward to reading her story! Being different isn’t really a theme in my own retelling, actually.

Roses are often important in most Beauty and the Beast versions, and they play a major role in Stone Curse as well. They crop up all over the place! More than I had at first intended – which is why editors are important, they can help you find and draw out themes!

A theme I attempted to amplify in my story was that of courage and overcoming fears, both external and internal. It requires courage for Beauty to take her father’s place in the original telling, courage for the Beast to open his heart to the possibility of love, and courage for him to let her go, even if it means his curse never ends (or he dies, depending on the version you’re reading). My version requires courage from many of my characters, though for different reasons than in the original. This theme of courage also goes hand in hand with the one Savannah highlighted yesterday when she talked about how sacrifice often plays a big role in this story.

Another major theme in most Beauty and the Beast stories is also the transforming power of love. Beauty’s love in spite of outward appearances (which is usually the thing that allows the reader to know that her love is True) is almost always the key to breaking the curse. I used this theme, but changed it dramatically in my own story. In Stone Curse, it is not love that has the transforming power, but forgiveness.

As a Christian, forgiveness is something dear to my heart always, but it struck home in a different way recently. Last year I was dealing with a lot of hurt from someone I cared deeply about and their complete lack of forgiveness towards me; a lack that shattered our friendship beyond repair. One of the ways I dealt with that situation and my own struggle to forgive where I had not been forgiven was by writing Stone Curse. I wanted the main theme of my story revolve around this theme. My goal was to portray through the story and my characters a message of how forgiveness can transform the ugly into something lovely, while the lack of it can make even the most beautiful thing hideous.

So, that’s as much as I can say without giving away specifics or spoilers about my story. What is my favorite version of Beauty and the Beast? Well, I’m kind of partial to my own…. wink/grin!

Seriously, though… my favorite book version of Beauty and the Beast has always been Robin McKinley’s “Beauty.” I drew a lot of inspiration from her portrayal of the “Beast” character – my beast character is strong and capable of being very dangerous, but he has not allowed himself to be driven crazy by being cursed. He is not the angry beast of the Disney version, but neither is he quite as sad and calm as McKinley’s version (of course, Barend is much younger than McKinley’s beast, so who knows what he’d be like in a hundred years or so?) I liked “Rose Daughter” as well, but “Beauty” is first in my affections.

My favorite movie version would have to be, without a doubt, Rigoletto (the 1993 Feature Films for Families version). If you have not seen that movie, you need to! Such a beautiful, beautiful film.

And, despite its flaws and plot holes, I really do enjoy Disney’s version. I’ll never forget seeing it for the first time in the theater and being amazed at how gorgeous the animation was. I loved that Belle had brown hair like me, that she loved books, and that she dreamed of adventure. I felt we could definitely be kindred spirits. (Cinderella and Aurora are great, but Aurora’s a bit air-headed and Cinderella is far too comfortable around mice for my tastes). (I do have very good friends who own rats, but that’s different, they don’t scurry around the house willy-nilly). 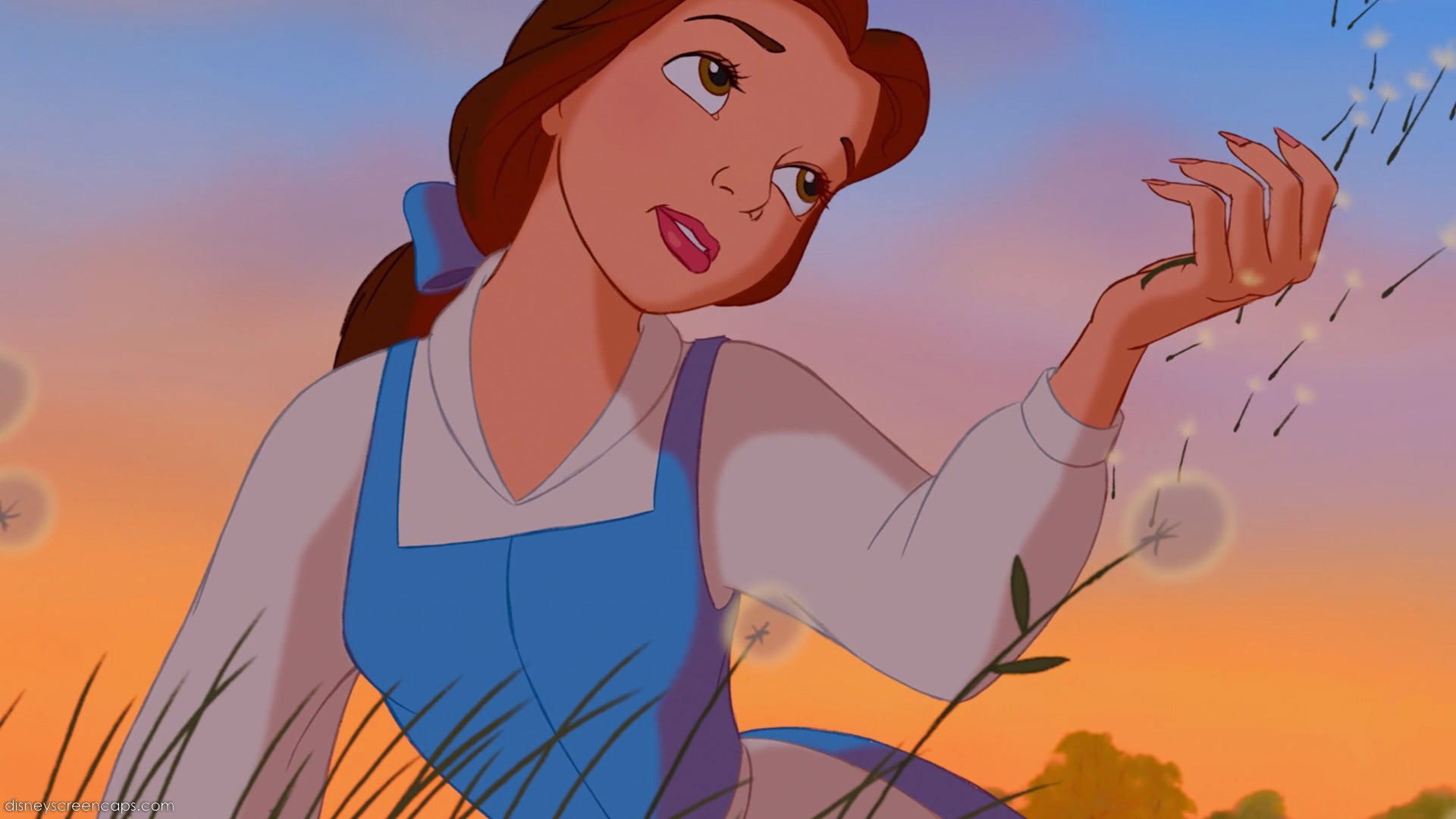 What’s YOUR favorite version of Beauty and the Beast, dear Reader? And what themes do you notice or like in the B&B story?

TAG! Dorian’s IT! And Friday, Hayden will wrap up the meme, and then it’s only a little over two weeks before you will have your very own copy of Five Enchanted Roses to hold!

Please do check out these other blogs that have been participating in Ring Around the Rose with us!

What a lovely post! Forgiveness is something very near to my heart, and it’s rather sad that there are not more books that focus on this theme. I am so incredibly excited to read Stone Curse and to see how you worked the theme into your story!

I’m new to this blog, but I must say that I love it! I’m a blogging buddy of Heidi’s over at http://ladyofanorien.blogspot.com/, and I’ve been participating in her answers to these questions she’s been posting.

Hey Sarah! Welcome and thank you for your kind words. Thanks for letting me know you’ve been participating in our little Ring Around the Rose meme, I look forward to swinging by and checking out your answers! It has been such fun getting to know the other authors and a few new blogging-friends through this series of questions. I’ve added your blog to the list now so other people can visit you, as well.

Thanks, Jenelle!! I look forward to writing the next and final installment.

I love how we all pulled similar but different themes from the tale! It only proves how much an author puts of their own selves into their stories, doesn’t it?

Yes, definitely! I think it also is a testament to how many themes are in this story!

I really enjoyed it…. and was also so sorry to hear about your hard friendship situation last year. Forgiveness in Beauty and the Beast sounds like such a wonderfully intriguing theme to highlight and I’m hugely looking forward to reading your story.

(I don’t know if you already follow my author blog by email or not), but I’d planned a B&tB theme post over there for a couple weeks so I kinda hopped over there for this week’s discussion.

Enjoy…. and this has been such fun!!

Thank you, Heidi! Loved your post about Beauty and the Beast! Thanks for joining our little meme!

[…] MOST VIEWED POST to date is Ring Around the Rose: Beauty and the Beast – which was a post I wrote when Five Enchanted Roses was releasing and it answers the […]